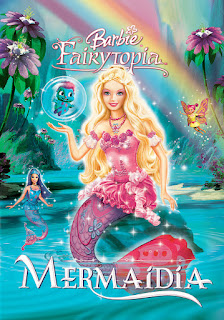 
In this sequel of Barbie Fairytopia, Elina (played by Barbie) goes to Mermaidia to rescue her friend Nalu, the Merman Prince. Nalu has been kidnapped by Laverna's servant, whose plan is to use the prince to make Laverna the most powerful fairy in Fairytopia, even more powerful than the witch.